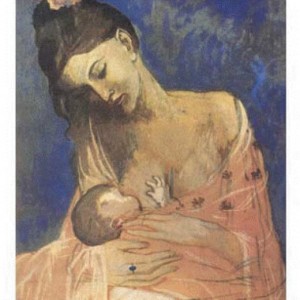 The first week of August is the WHO World Breastfeeding week

World Breastfeeding Week is celebrated every year from 1 to 7 August in more than 170 countries to encourage breastfeeding and improve the health of babies around the world. It commemorates the Innocenti Declaration made by WHO and UNICEF policy-makers in August 1990 to protect, promote and support breastfeeding.

Unfortunately, startling statistics show that the Breastfeeding culture is still low in Malaysia

KUCHING: Only 23.7 per cent of babies born in the country are breastfed exclusively for the first six months, and the government hopes to increase this figure to at least 30 per cent by 2015.
The key reasons are that breastfeeding not only helps in the growth and development of babies and protects them against sickness such as bacterial infection, obesity, asthma, diabetes, and heart diseases, but it also protects mothers against risks such as breast and ovarian cancers.
Specialist medical officer (obstetrician and gynaecology) Haris Njoo Suharjono said: “In Malaysia last year, the statistics was 23.7 per cent of breastfeeding exclusively up to six months.
“Exclusively here means there is nothing else except breast milk only.”
Speaking at the launch of ‘World Breastfeeding Week 2012’ at the Sarawak General Hospital (SGH) here yesterday, Haris quoted Unicef (United Nations International Children’s Emergency Fund) nutrition advisor for East Asia and the Pacific, France Begin, as saying that the falling rates of breastfeeding across East Asia was alarming.

A long way to go to improve on this!