↓ Skip to Main Content
Home › - Nation › Up to 1,000 new doctors could face unemployment

Up to 1,000 new doctors could face unemployment 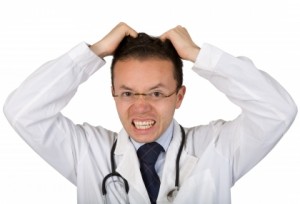 In the UK that is, as reported in the Telegraph (hat tip to Dr Punna Wong for the link)

Up to 1,000 new doctors will face unemployment next year as there are too few training places available, it has been warned.
Official projections from the Department of Health body in charge of medical education shows that hundreds of medical graduates will be without a job next year, the Telegraph has learned.
The number of places in medical schools has been expanded since 2002 with the aim of the UK becoming self sufficient in doctors.
However, applicants from within the EU and a shortage of training posts means that for the first time there is a genuine prospect of doctors being unemployed.
It costs the UK taxpayer, £260,000 to put each medical student through university and each student graduates with debt averaging £70,000.
The issue is being raised at the British Medical Association’s junior doctors conference in London.

The situation is already bleak in Malaysia as fresh medical graduates face difficulty in obtaining Houseman training posts (a wait of months is now the norm) and it will get worse with the glut in Doctors due to too many local medical schools and returning graduates from overseas.
A sobering thought indeed, yet many are still adamant on getting a medical degree – they need to know the situation and must not complain when they face trouble getting a job when they graduate.
We’ll soon see medical graduates applying for pharma sales jobs and other health related jobs because they cannot get work as housemen.

See related MMR posts on the Glut of Doctors, especially:
How many doctors are there in Malaysia?
Dear CSL it’s too late to close the barn door as the horse has already bolted
A licence to churn out poor quality doctors?

1 Comment on “Up to 1,000 new doctors could face unemployment”