Calling all alumni, Faculty of Medicine, University of Malaya 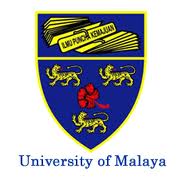 You may have read news about the 50th Anniversary celebrations as reported in the Star:
Birth of a faculty
Golden achievements

In conjunction with the 50th Anniversary celebrations Dobbs (the exclusive Malaysian Doctors online community) has created a group especially for UM alumni. This group will serve to update members on news related to UMMC and upcoming events pertaining to the Golden Anniversary.
Do let your classmates know. All they need is an email address and join Dobbs – membership is free!
The group URL is http://forum.mydobbs.net/groups/university-of-malaya-alumni/. It is a “closed” group within Dobbs meaning one has to apply to join or be invited.
A bit more about Dobbs:
Dobbs is a free, exclusive and private community only for Malaysian doctors (working in Malaysia or abroad) which has been in existence since 2000. It’s a site where you can network with colleagues, discuss a variety of medical and non-medical issues in forums and interact in a modern social networking manner. As of January 2012, we have migrated to a new and exciting site with a better interface and features.
One may liken Dobbs to a “Facebook for Malaysian doctors” but without the privacy issues!
You can visit the About Page for a bit more history about Dobbs

1 Comment on “Calling all alumni, Faculty of Medicine, University of Malaya”