The anti-vaccine movement is a dangerous one Parents are easily influenced by what they read on the Internet including social media such as Facebook. It seems there are misguided groups springing up discouraging parents from allowing their kids to be vaccinated. They quote lots of fear mongering and largely discredited information on the “downside” of vaccination e.g vaccination causing autism (this has been debunked over and over again in clinical studies) and also in the case of polio vaccine allegedly causing an “up surge” of non-polio flaccid paralysis (in actual fact these are caused by other viruses such as enteroviruses and such cases will be picked up more in any surveillance in regions where polio is eradicated )

Parents should realise that their Refusing to Vaccinate Affects Other Kids, Too like in the US

March 24, 2010 — A CDC investigation shows a measles outbreak in San Diego was fueled by kids whose parents refused to vaccinate them, thus endangering children too young to be vaccinated.
Measles is one of the world’s most highly contagious viral diseases. Thanks to high vaccination rates, the dangerous disease stopped circulating in the U.S. But now there are ominous signs it may come back. 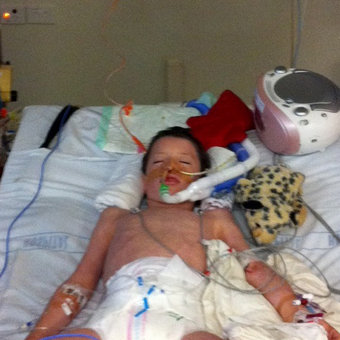 Williams says that he was influenced by stories he read on the internet that the MMR (Measles, mumps and rubella) vaccine was linked to children developing autism; that they contain mercury and aluminium and that vaccines are promoted by drug companies purely for profit.
“There are a number of myths out there, and it’s really easy to get sucked in.”
“As soon as they said it was tetanus my other two kids were vaccinated the very next day, against all childhood diseases.”
Speaking out
The Williams’ also took the unusual step of going public about what had happened to Alijah.
Ian Williams says he wants to help other parents who he thinks may be as overwhelmed as he was by the conflicting information about vaccines that is published online.
“No one wants to hurt their kids; we didn’t want to hurt our kid of course.
“The main research that you should do as a parent when you’re looking at vaccination, the easiest and the clearest thing you could do would be to survey doctors and ask them if they are pro or anti vaccines.
“What you will find is that almost all of them are. Then ask yourself the question, why is that?
“Once you see one of these diseases, they are terrible. Children die from these diseases.”
“The mistake that we made was that we underestimated the diseases and we totally over-estimated the adverse reactions [to vaccines]”

Back in Malaysia, the anti-vaccine groups have got the authorities worried that Parents rejecting national immunisation programme could cause epidemics

A group of parents who have started a campaign to reject the national baby immunisation programme is endangering not only their children but could also cause an epidemic, said state health executive councillor Dr Afif Bahardin.
He condemned the group of parents who are actively campaigning through various social media, especially on Facebook, by posting up unsupported “evidences” that the immunisation programme is a “New World” conspiracy or questioning the halal status of the vaccination used.
“These are young educated parents who got their “sources” from the Internet and used studies that was expelled from medical journals to support their campaign,” Dr Afif (picture) said in a press conference at his office.
He was concerned that this group may cause a ripple effect as children who are not vaccinated will be susceptible to diseases like tuberculosis, polio, measles, mumps and diphtheria and these children could infect others especially babies at childcare centres.
“Our national immunisation programme is important to prevent an epidemic but this group of parents could cause an epidemic by refusing to vaccinate their children,” he said.
On the halal status of the vaccination, Dr Afif said this question does not arise at all as the fatwa meeting in 1989 had decreed that the national immunisation programme is halal.

The advantages of childhood vaccination far far outweighs any potential side effects of vaccines which are uncommon and usually mild.
There is so much misinformation about vaccination and just scouring the Internet, parents can get confused.
Rest assured, vaccination DOES NOT cause autism. It has been debunked by clinical evidence. Only those with faulty logic will continue to believe so. This wonderful cartoon by Dr. Crippen illustrates the faulty logic of these anti-vaccine groups: 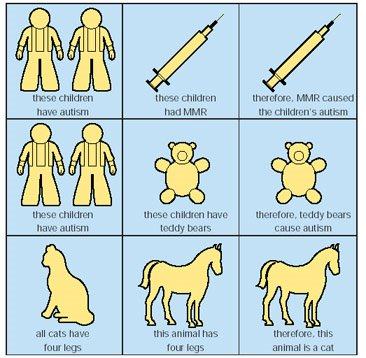 If you really must “Like” any Facebook page about vaccination, help promote Myths of the Anti-Vaccine Movement
You can read up more about immunisation from the Malaysian Immunise4Life website

and finally, if babies could speak their mind 🙂 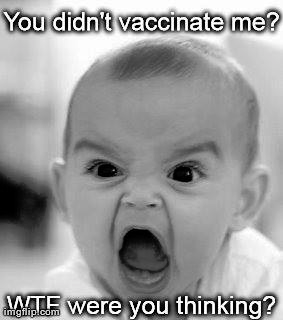