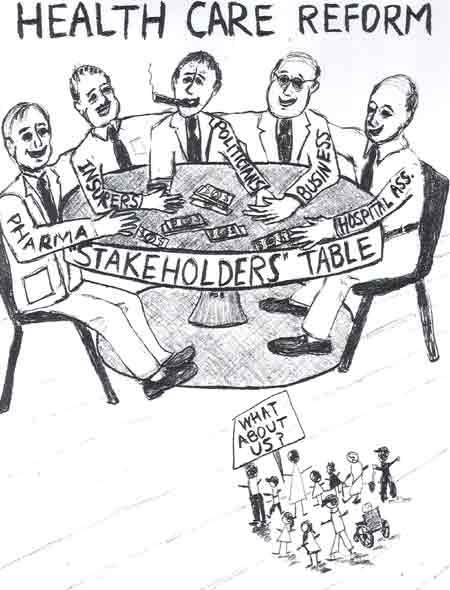 When illness strikes, that’s when insurance companies don’t want to know you – sorry no coverage for pre-existing illnesses. When you grow old, insurance companies don’t want to know you either – sorry no coverage for those above 70. There are so many weaknesses that exist in our healthcare system today that requires fixing. One could argue that our two-tiered public-private healthcare system does work to some extent, the public healthcare system being the safety net, but there is room for improvement on both sides. The MOH is keen on improving the public services but the behemoth that it is, don’t hold your breath for significant changes in this decade. The private sector on the other hand is still flourishing but the problem is cost of private healthcare is also escalating. While doctors themselves are stifled with regulations, there are no regulations on fees imposed by the private hospitals (as opposed to professional fees which are regulated by the law). As the majority of private hospital are owned by GLCs, don’t hold your breath for any regulations on private hospital fees happening soon.

Here on our shores the healthcare debate has been heightened by a loose statement which abruptly introduced most Malaysians to 1Care – the proposed name for Malaysia’s healthcare reforms. It drew a lot of speculation and concern from the public with little concrete information and is now seen as another running bad news story for the government.

The reality is that publicly subsidised healthcare is expensive for the government and reforms are inevitable in this economic climate especially with healthcare costs projected to escalate. Even though some statistics confirm that Malaysia’s healthcare is 40% cheaper than that of Singapore it does not mean that it is affordable for every Malaysian.

Many Malaysians would agree that healthcare reform is necessary. Perhaps the current system is not sustainable and the truth is every system has room for improvement. The question is how should 1Care, the proposed new healthcare system be structured and funded?

It has been indicated that 1Care is being modelled after the NHS whose founding principles state “health care for all, free at the point of use, unrelated to the ability to pay”. Though an altruistic slogan, logically it is one that is almost impossible to be carried out in a sustainable manner in the long run hence why Britain is now needing more NHS reforms.

Selling it as a cheaper alternative ensuring universal healthcare coverage for all Malaysians then comes across as election-speak and brushing aside questions of the impact it has on taxpayers increases fears and speculation especially in a time when the government is reducing subsidies.

What needs to be done is for the public to be briefed and given tangible information on the cost and options. If the proposed system acts as does the Employees Provident Fund (EPF), what happens to dependants, retirees and the unemployed who cannot afford to contribute?

What also happens to unskilled illegal migrant workers, or those living in remote places with little access to healthcare or even international students? Who pays because we cannot and should not neglect them?

We can say that this 1Care system is only for Malaysians but even as a student in London, I used the services of the NHS, paying for medication but not consultation and was entitled to other free services such as hospital treatment in Accident and Emergency, hospital treatment (if the doctor recommends it) and family planning services.

If 1Care is modelled after Britain’s NHS, then these too are legitimate pressing questions that need to be addressed and the information disseminated to the public.

We have excellent medical staff but our facilities leave much to be desired. Last year an exposé on the maternity ward of the Kuala Lumpur Hospital not having hot water shower facilities, questionable hygiene and inadequate toilets caused an uproar. Of course, the government had allocated RM300 million for upgrading services in the last Budget. However the reality is there are many more cracks in the system that have not been highlighted or addressed.

At the core, what Malaysians want is access to good health services and will be willing to contribute if mechanisms are in place to safeguard the system ensuring that if implemented the 1Care fund will not be the go-to fund for unrelated projects. Neither should the fund be streamed into the accounts of political parties. With the track-record of government initiatives becoming liabilities it is only fitting that healthcare reforms be negotiated in a transparent manner with the different stakeholders to ensure the best interest of the rakyat is the priority.

Natalie wonders if 1Care will actually care for the people.

Yes Natalie, we wonder too. 1Care, National Healthcare Transformation, whatever you call it, GE-13 is over. It’s back on the table.