Time to ban the shisha II 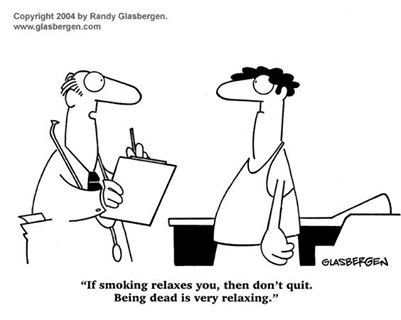 Earlier this month we suggested that perhaps it was time to ban the shisha. Recently the MMA President Dr. Tharmaseelan was interviewed by the NST on shisha smoking.
Some astonishing facts to come out of that article:
– according to studies by the World Health Organisation (WHO), a smoker will inhale half a litre of smoke per cigarette. On average, the volume of smoke inhaled in an hour-long shisha session is estimated to be equivalent to smoking between 100 and 200 cigarettes.
– many youths are under the impression that shisha is not as bad as cigarettes, because the tobacco is flavoured and passes through water before being inhaled. But like cigarettes, the carcinogens and nicotine are still there.
– exposure to tobacco juice also increases the risk of oral cancers. The irritation by tobacco juice is likely to be greater among shisha smokers because they smoke more often and for longer periods of time.
– Shisha smoke also causes the clogging of arteries, resulting in heart disease and heart attacks at a younger age.
– It also gives rise to infectious diseases as shisha is smoked in groups using the same mouthpiece.
– Some studies have even shown that babies born to women who smoked water pipes once or more in a day during pregnancy have lower birth weights than babies born to non-smokers.