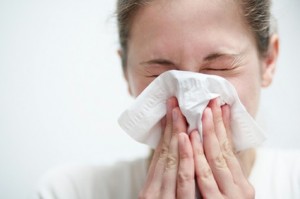 I refer to the reply given by Dr Nooraini Baba (NST, March 30th, 2010) in which she claimed that Assistant Medical Officers (AMO) can issue Medical Certificates.

She had then explained that the MCs issued by AMOs are not illegal, but just that they are invalid for the purpose of workers absenting themselves from work without pay under Section 60F of the Employment Act. In her reply, Dr Nooraini had quoted from the MEDICAL ACT 1971 (Act 50).

I would like to ask Dr Nooraini, whether the fact that 1Malaysia clinics are manned by Medical Assistants, is in violation of MEDICAL ACT 1971, specifically Section 33. (1) (f), which reads:
’33(1) Any person not registered or exempted from registration under this Act who –
(f) uses the term “clinic” or “dispensary” or “hospital” or the equivalent or any of there terms in any other language in the signboard over his place of practice in purported practice of medicine or surgery as a person registered under this Act; shall be guilty of an offence against this Act.’

However, it is clear that MEDICAL (INSTRUMENTS) (EXEMPTION REGULATIONS 1986, Section 4(1) allows their exemption ONLY when these Medical Assistants are practicing under the supervision of doctors.

Of course, one may then dispute the interpretation of the words “under supervision of.” This then leads us to the Poisons Act 1952 (Act 366), in which the prescription and supply of Poisons are strictly governed (many medications dispensed at clinics are scheduled poisons and require the words “Ubat Terkawal” to be imprinted on the packaging.) Section 19 of Poisons Act 1952 (Act 366) reads thus:
’19. (1) Any poison other than a Group A Poison may be sold, supplied or administered by the following persons for the following purposes –
(a) a registered medical practitioner may sell, supply or administer such poison to his patient for the purposes of the medical treatment of such patient only;
(4) Any medical practitioner, dentist or veterinary officer who sells or supplies any poison or medicine containing a poison not prepared by him or under his immediate personal supervision shall be guilty of an offence against this Act.’ It is also in the very same Poisons Act 1952 (Act 366), that the interpretation of “immediate personal supervision” is clearly defined, in Section 2(2):
‘ (2) In this Act where anything is required to be done under the immediate personal supervision of any person it shall be deemed to have been so done if such person was at the time it was done upon the premises where it was done and available for immediate consultation by the person doing such thing’

As far as had been publicized in the media, these “1Malaysia clinics” are manned only by Medical Assistants, who therefore are NOT practicing under the “supervision” of any fully registered medical practitioner, as defined by law. Thus, I can only conclude that these Medical Assistants are practicing in violation of several laws.

Now, if these Medical Assistants are functioning in a capacity which is illegal, aren’t the certificates, including the Medical Certificates, which they issue, also illegal?

It would thus seem to me that the entire concept and practice of “1Malaysia clinics” are illegal, and in violation of more than one law, and therefore in the absence of any repeal or amendment to the violated laws, all Medical Certificates issued by the Medical Assistants manning the clinics are therefore also illegal.