This was published in the NEJM Public Trust in Physicians — U.S. Medicine in International Perspective

Research suggests that for physicians to play a substantial role in such decision making, there has to be a relatively high level of public trust in the profession’s views and leadership. But an examination of U.S. public-opinion data over time and of recent comparative data on public trust in physicians as a group in 29 industrialized countries raises a note of caution about physicians’ potential role and influence with the U.S. public.

The US ranks only 24th in the poll in the percentage of respondents who agree with the statement “All things considered, doctors in [your country] can be trusted”.

This is the ranking table: 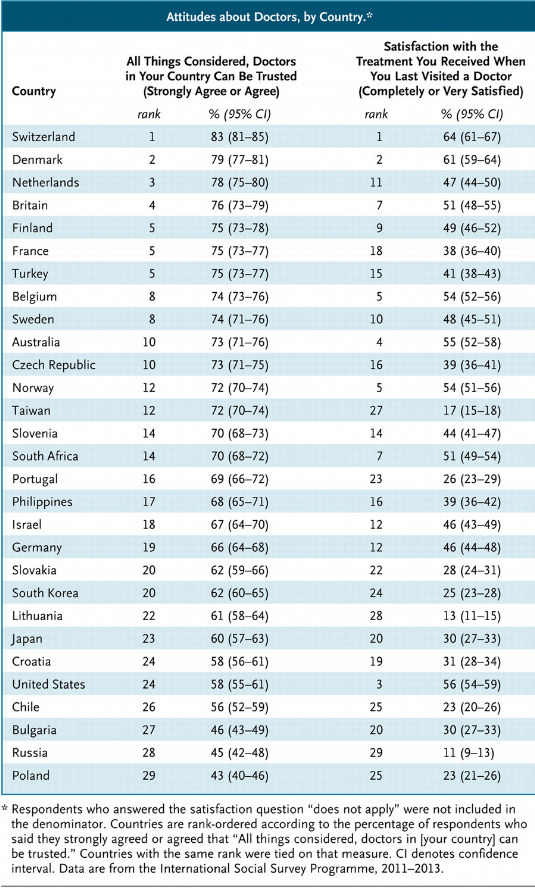 Malaysia is not in the countries listed so let’s take a straw poll here to see where we stand in terms of %: