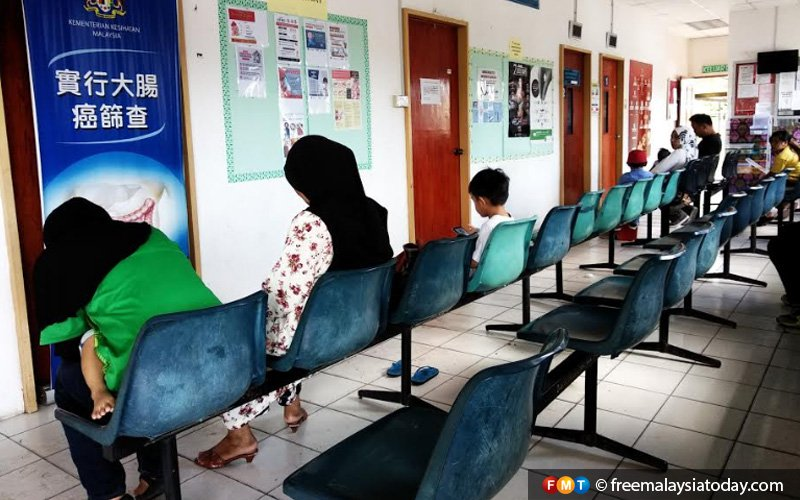 Faced with a multitude of problems when trying to run an over crowded and under funded rural clinic, a young Malaysian doctor took to social media to vent his frustration
via FMT

KOTA KINABALU: A doctor in one of the district clinics near here plans to meet the Sabah Health Department director on Thursday to pour out a litany of woes about the condition of the clinic where he works.

The doctor posted his problems on his Facebook page under the name Chun Tean, listing seven issues bugging him and his colleagues at the clinic.

The issues include paying for cleaning services and air-conditioner repairs using their own money, being forced to buy their own stationery or using recycled paper to write referral letters, and absence of dengue combo kits despite the dengue season.

“Previously, we used to close the registration counter at 8.45pm in order to clear the remaining patients in the clinic so we close shop at 9.30pm. But recently, a patient complained on Facebook saying that our clinic is lousy because we closed before time.

“From that moment onwards, we are not allowed to close (the) counter till 9.15pm and we still have to take in patients if they come at 9.29pm.

He said things only moved, for better or worse, when someone complained on social media.

The cleaning situation at his clinic was resolved for a few months after someone complained about the cleanliness but it returned to the way it was before once the funds ran out.

The broken air-conditioners were serviced after a patient who is related to a VIP complained about the leaking unit in his room. A politician, who was surprised by the clinic’s condition, took care of all the air-conditioners.

Chun Tean said he was forced to voice his concern on his personal Facebook because he noticed that government bodies only acted when issues were put on social media but not when proper channels were used.

He ended his post by defending his decision to air his concern on social media, saying he only wanted to fight for his rights or at least, basic government employee rights.

“I am risking my career for my clinic and patients. If anything happens to my career, you know who should be responsible for this.

“I am writing based on what I saw and encountered. I might be wrong and not up to date with their latest plans,” he said.

The post. which was uploaded yesterday, has since received more than 1,500 shares and 300 comments, mostly from people who commended Chun Tean for his courage, although there were some who said he should not have used social media.

A courageous and bold thing to do indeed. Normally the “higher ups” in the MOH hierarchy would frown upon such postings in the social media but this is the dawn of the new age. MOH should not expect only praises and chest thumping positive vibes but also be honest and prepared to accept criticisms and brickbats which if genuine and constructive should be taken seriously so as to improve the system.

I can’t imagine a system where the staff have to cough up their own hard earned money to buy clinic stationary, repair air cons and work overtime with no compensation?
Something is still wrong in the system. The Government may have changed but the intrinsic machinery in the MOH needs an overhaul.

The doctors in our DOBBS community stand in solidarity with this young brave doctor for voicing out his concerns in the best interest of his patients and clinic staff. We know your superiors may not like you going to the social media to voice your frustrations but we suspect just going through the “proper channels” would have been unlikely to have gotten any action – not unless some MP visits or a VIP connected patient complains as is the usual case in Malaysia.

The young doctor is scheduled to meet his administrative superiors on Thursday. Let’s hope the administration does the right thing. We are watching.

For an intimate view of doctors’ opinions on this issue, feel free to interact with the members of DOBBS – Malaysia’s pioneer and largest online community of Malaysian doctors with over 16,000 participants, open to all Malaysian doctors from any corner of the globe. Registration link is in the DOBBS home page.