1Care is still in the works – radical financing plan coming up? 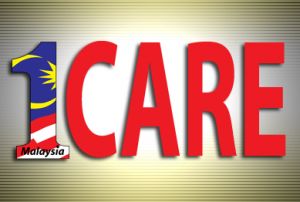 While 1Care as a Healthcare transformation plan was bandied about for quite some time, drawing criticisms, the core missing piece, how it is going to be financed (merely through general taxation was something we doubted as the tax base in the country is still so small) was something not revealed.
Now the Health Minister has let something out:
Health services poised for radical overhaul, minister

In what could prove to be a controversial move, the government is looking to have a mixed source of financing to merge public and private healthcare delivery services. Health Minister Datuk Seri Dr S. Subramaniam said this would be done through a single non-profit public third party payer.He, however, did not elaborate on the plan that was announced during his keynote address during the Apec high level meeting on health and economy in Beijing.

No matter what anyone says about any healthcare transformation, the crucial bit will be the financing. You cannot run away from it and this is where the public needs to know. Already with GST looming, it naturally will be a sensitive issue. Any further financial burden to the Malaysian household in the near future will not be welcome.
It’s best still to plug the leaks and wastages in the system first but we agree the system can be improved.

For those with short memories, here is what the original 1Care proposal was all about: