Health Minister – please defend the honour of the profession

or if the doctors are guilty then discipline them to the max. Medicine as a noble profession has absolutely no place for racist games. If politicians want to sully the profession with false accusations they should pay the price if found defaming the profession on baseless grounds.

The Penang government has written to the Health Ministry to verify allegation that three Chinese Malaysian doctors serving in two general hospitals have refused to treat their Malay patients. 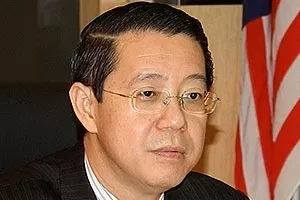 He wants Health Minister S Subramaniam to either verify the allegations or come out publicly to defend the doctors and medical profession.

Roslan had accused three doctors, one attached with the Seberang Jaya Hospital while two are allegedly with the Kepala Batas Hospital, of “being racist” for not attending to their Malay patients.

The Umno representative had tried to tie-in this alleged racist attitude to the ‘Chinese tsunami’ which reportedly took place during the May 5 polls, which saw the community voting in large numbers against the BN, resulting in the coalition garnering only 48 percent of the popular votes compared to Pakatan Rakyat’s 52 percent.

“I am raising the issue because I received complaints not only from doctors but patients who were unhappy about this dangerous racist game,” said Lim in an official letter sent to Subramaniam today.

“Some Malay patients have expressed their disappointment over the racial controversy because they had experience with Chinese Malaysian doctors in public and private hospitals who have treated them and saved their lives.