Mother ‘paralysed after being injected with cleaning fluid’ 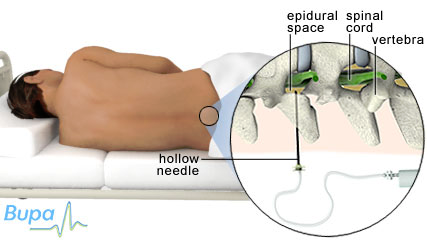 Such is the dramatic headline in the DailyMail UK. Rather curious because paralysis as a result of a lumbar puncture or an epidural as in this case, is practically unheard of (despite the fear amongst some Malaysians).

Later she was diagnosed with chronic adhesive arachnoiditis, a severe inflammation of the brain membranes, which left her with no movement in her legs and limited use of her arms.
Ruling in Miss Sutcliffe’s favour last April, Mr Justice Irwin said it would be impossible to establish exactly what went wrong.
He said there must have been some “lapse or breach of duty” on the part of the medical staff.
The chlorhexidine was on a trolley beside the operating table and experts said a small splash of the liquid may have contaminated the syringe prior to the epidural being administered.
It was speculated that this might have happened when a medic jogged the trolley.
Last year’s High Court hearing led to a finding of negligence which was challenged by Aintree University Hospitals Trust yesterday.
Charles Feeny, for the trust, said the case was unique and the amount of chlorhexidine involved may have been as little as one tenthousandth of a litre – a droplet or smear.
He said it would barely have been visible to the eye and doctors could not be blamed for failing to spot it.
“It is unreasonable to put a clinician under a duty to notice any spillage, when it is as small as one ten-thousandth of a litre,” he added.

Epidural analgesia is commonly employed to ease the pain of childbirth, and arachnoiditis as occured in the report is an extremely rare complication.
Nevertheless, it has sparked off an interesting debate in the Dobbs forum – should Chlorhexidine be advocated as a skin prep for lumbar puncture or epidurals?
It also illustrates the difficulties of practicing medicine in the modern world, where 100% success is expected and any failure or complication is not tolerated!

An educational video about epidurals from BUPA: