↓ Skip to Main Content
Home › - Ethics › Be kind to your doctor

Be kind to your doctor 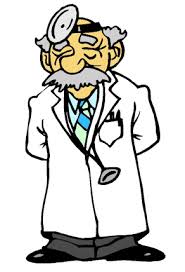 Shared with permission from the FB wall of a GP

Some six years ago, this lady X was brought to me. she has very bad case of Chronic Obstructive Pulmonary Disease. I still recall how she used to struggle for breath each time she came. Thank goodness she would quickly recover after nebulization as intra-muscular injection because her case would usually be a narrow decision between admitting and the risk of treating her as out-patient. After a few visits, her symptoms were controlled. Among the things I gave her was Spiriva inhaler, and off label use of Singulair, which worked pretty well on her.
I remember one day on my way home, I just had this feeling that I should pay a visit to Madam X. Just some gut feeling which I followed. True enough Madam X was struggling for breath. I gave her an injection and some supplies of medicine which I had in my emergency bag. (For the record, in view of what follows, I didn’t charge her as I was the one who invited myself to her home. She did not request for house call at all).
I continued to see Madam until one day, her daughter, a staff nurse, got transferred back from outstation to work in Baustan, (now in Catsville). The staff nurse asked for her mother to be followed up at the specialist clinic in Sarawak General Hospital. I printed her case notes together with a full report. I have seen Madam X only a couple of times after that. She was followed up on basically the same medications I started.
Her daughter the staff nurse came back today to purchase some mucolytics which at first was for her mother, but later admitted it was for herself. I came out to dispensing counter because I to ask how her mother is doing. Her answer was, “My mother is okay now doctor. You have earned thousands (of Ringgits) from her (her actual words: Sudah beribu ribu (Ringgit) dia buang sama kamu). You should remember her”.
Spiriva, Singulair are original medications. At that time both medicine did not exist in generic forms so definitely they can be pricey for some.
As medical doctors, we are trained to not to take offence at remarks made by patients or their next of kin. Yet, we are only humans and there will be some among us, who after one remark after another especially when one feels are undeserved, will get demoralized. When doctors get demoralize, they sink into depression just like any other human being, their work performance goes down and the quality of care drops and most important of all – the patient safety can be at stake,
Do remember, there may be black sheep among us but most of us, many times do go out for out patients, often at the expense of having time for ourselves or families, and of our own personal life and health.
Instead, you could do it differently, pray for us. That God will guide our hands and that we will attend to you with our best ability. We all have a purpose down here, help us deliver ours.
Thank you.
Ps. I looked up Madam X’s records – this year she is eighty. May God give her some more healthy years.

The trouble with General Practice is that patients don’t value consultation and perceive GPs as only “making money” from “selling medicines” and often they don’t realise how expensive original medicines can be.
Doctors do their best for the patient. Some go out of their way. When there are no thanks or gratitude, we take it in our stride. But when patients make unwarranted hurtful remarks, well yes, it can hurt. Doctors are human after all.